LGBT tourism is an increasingly real alternative and initiative to which many countries in the different continents of the world have joined, because just as they have incorporated inclusive, anti-discriminatory, gender freedom laws, among others, they have also had to reinforce the different tourist spaces to meet the expectations that the LGBT community has when visiting them.

What is also a reality is that just as many destinations have taken pains to bet on the LGBTIQ+ segment, there are others in which it is still impossible to make even the slightest sign of closeness with someone of the same sex, or to be and express oneself freely. For this reason, it is important to research and create a list of lgbt friendly destinations before traveling for the purpose of sightseeing.

What do lgbt tourists look for and what do they like?

According to the statistics shown in We Trade 2020, what people from the lgbt community are looking for is sightseeing in those destinations that can offer them events of diversity and inclusion. Also, this has to be added to the fact that they also like to go on group trips, visit amusement parks and other places that do not involve a trip of more than 6 hours of flight from their place of origin.

If you are part of the community and you plan to travel outside the continent, we leave you a list of 5 lgbt friendly destinations where you can visit during any time of the year.

This destination has one of the most popular places in the world called Rio de Janeiro, in which the Rio Carnival is celebrated. If you have ever heard of this place and this festivity, you will know that moralistic rules have no place, and that happiness, parties and beaches are very welcome in the atmosphere.

Listed as one of the leading South American destinations in the LGBT tourism segment that, in fact, was chosen by the WTA (World Travel Awards) in 2020 as the Leading LGBT Destination at the South American level and was also nominated for the 2021 version of the same awards .

Colombia offers a wide range of lgbt tourist places to soak up different cultures, to discover the wonder of its Parks and Nature Reserves, gastronomy and more. This destination also has policies in favor of inclusion and equality, anti-discrimination laws and approvals for the community.

Awarded by FITUR LGBT as an lgbt destination in 2020, this for the inclusivity and diversity of several of its destinations by openly welcoming travelers from the community. Most of the main cities in Argentina are characterized by holding their own events for the community and by offering them a wide variety of gastronomic, entertainment, leisure and fun offers.

This destination has just made its debut in lgbt tourism, as the LGBT Chamber of Commerce of Ecuador recently launched its first LGBTIQ+ tourism initiative called “Proud Destinations” in May 2021.

One of the main objectives of the program is to create a network of businesses for LGBT tourism, such as hotels, travel agencies and others, with the aim of promoting the participation of the community in those spaces.

A destination that has laws, colors and friendly environments for the LGBTIQ+ community. This island located in the Caribbean and that contains European architecture, is part of the Netherlands, the first country in the world that approved the union between equal couples and that, in addition, has stood out for having inclusive laws for the LGBT community.

Among the most attractive characteristics of Curacao, in addition to the architecture that covers it and the more than 40 beaches it has, is the mix of cultures that it offers to its visitors, because although it is typical of Holland, it has a Latin touch. that accompanies him in the environment. 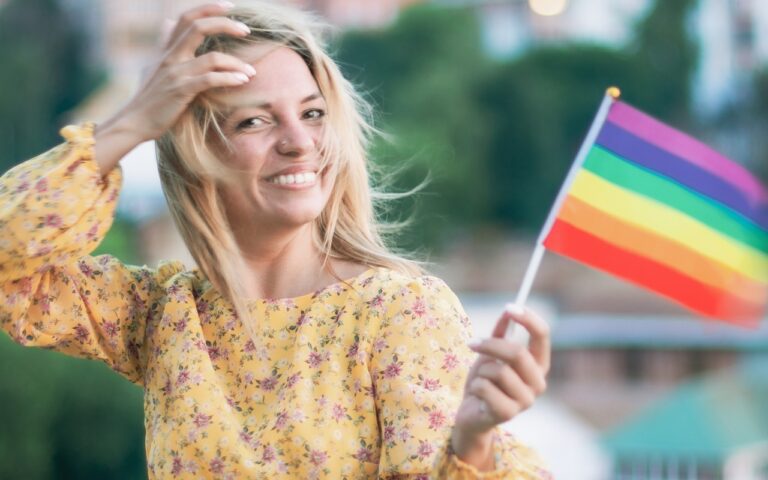 Go to Denmark, a LGBT Paradise