What do we have to learn from Relational Anarchy?

Andie Nordgren, first to coin the term relationship anarchy, explains that “love is abundant and every relationship is unique.” It also says that relationships and people should not be compared or qualified. According to Nordgren and his Relational Anarchy Manifesto, we must value each individual and the individual connection we have with them. So let's talk about what it is and how I got to AR.

First step, deconstruct the concepts of love and relationship

Love and relationships could become the concepts that I have deconstructed the most in my life. In fact, I rethought what it meant to love and be in a relationship long before I had experienced either.

We all probably do it at some point in life because it's inevitable that as time goes by we'll realize that the idea we grew up with of exclusivity and happily ever after isn't quite a reality, or at least, it is not the only reality.

If I had to divide my process of “understanding” with these issues, I would say that I first deconstructed the fact that relationships and love can only occur between people of the opposite sex. Being born bisexual doesn't do much to replicate the ideals of movie couples or the Disney prince and princess.

That was inevitably step one: understanding that he would have relationships and come to love women. By that point I swore I had created my own idea of ​​what love and relationships meant to me.

I already introduced my girlfriend to my groups of friends and we went for a walk together holding hands, all in the most natural way possible. But no, deconstruction was only halfway there.

I remember a lot that during the pandemic I was doing an interview on an Instagram live with a sexologist. We were talking and she mentioned something about “being in love with two people at the same time” and “it's normal“ and my eyes widened. It is normal? Where was that comment all my life?

Making a quick and short dictionary, we must start by defining the relationship model that we all seem to have pre-established. A model that, according to the evolutionary biology researcher at Pompeu Fabra University, Arcadi Navarro, has many origins and is the result of convergent evolution.

Monogamy, according to the Royal Spanish Academy (RAE), is a “state or condition” and a “family regimen that does not admit the plurality of spouses”.

In Wikipedia it is defined as “a model of affective-sexual relationships based on an ideal of sexual exclusivity for an indefinite period of time between two people united by a bond sanctioned by marriage, by law or by customary law.”

I don't want to stray too far from the topic (because this column isn't about monogamy, I promise), but Navarro says that this model of relationship was proposed as an “essential characteristic” in the development of people and that is false.

However, believing that there is something other than monogamy is complex. We grew up in that context and, at least in my case, I didn't see more examples of relationships and love that weren't framed in that way.

Even with deconstruction, my checklist of “characteristics I want my partner to have” was marked by all the heteropatriarchy relationship models and I blamed myself for a long time for not being able to replicate them one by one.

Relatively recently I realized that it was possible, and it was okay, not to follow that path and this coincided with the fact that I began to know that there were many ways to form affective sexual bonds with someone. And there we come to the second step of deconstruction: opening myself up to understand concepts like polyamory.

In every spanish we wrote a note clarifying that polyamory (a word made up of “poly” which means many in Greek and love in Latin) is the way used to refer to the relationship model where there are “multiple ways of relating in a way affective sex that include more than two people”. There are some subdivisions within this model of relationship, but, mainly, it is that.

Of course, it may sound tempting in theory, but just like monogamy, in practice polyamory has many challenges. Personally, although understanding this model of relationship made me deconstruct many concepts that I had in my head, I don't think that this is the model of love that I can follow. But therein lies the magic of knowledge. Understanding allows us to tear down and build from scratch based on what works for us.

What is Relational Anarchy?

And I was on this path until one day I ran into someone who told me that he followed relational anarchy. I had never heard that term in my life! I hardly understood the differences of other types of ways to create emotional bonds when this man mentioned this model to me; and we started to put it as a theme in many contexts to discuss what it meant and if it would be something that we could replicate.

From the name we can jump to some conclusions. Anarchy is the total absence of a governmental structure in a State. The term relational anarchy or AR was first used by the Swedish activist, video game producer, feminist and queer Andie Nordgren. In 2012 he wrote the Relational Anarchy Manifesto where he touches on nine points that characterize this type of relationship.

Broadly speaking, AR denies hierarchies within relationships and renounces the expectations imposed on them. On the one hand, for example, a sexual relationship does not take precedence over a platonic relationship. A friend, a sexual partner or a roommate can carry the same weight of importance.

On the other hand, leaving expectations and established paths aside, it is understood that all parties have freedom and flexibility in everything that commitment entails. In The Thinking Asexual, a famous anonymous blog, it is stated that: “There is no finite number of relationship possibilities within an anarcho-relational network, and, in fact, that is what makes up its core, that no matter how you make up your relationship“.

As I have described it so far, we can see that it is an easy way out so as not to have to carry responsibilities and commitments when relating to someone. However, when I read several notes about it, that is one of the points that jump out first to be clarified.

“The main consequence of RA”, explains a note written in 2014 in ACV, “is that it decenters the couple (or couples) as a privileged place or space where parenting, long-term coexistence, integration into the family of origin, having a shared economy… For the defenders of AR, these things no longer depend on a romantic-sexual bond, that element does not need to exist to carry out these projects, but it does not mean that they cease to exist”.

In fact, according to Nordgren (creator of the Relational Anarchy Manifesto), love is not a finite resource and it is suggested that all commitments be “personalized”, creating their own responsibilities in each bond that are born of mutual desire and not social pressure.

Now, it's not that by creating my own rules and bonds I'm already a relational anarch. We could start by reading the manifesto, understanding and interpreting the nine pillar points of this concept.

To inform myself and write this, I read a highly recommended GQ column written by Shopie Saint Thomas. In one part of his text, he states that: “I have a monogamous relationship, but I think we all have a lot to learn from the principles of polygamy, from how polygamists manage jealousy to how they examine what unites you and your main partner, beyond sexual exclusivity (that is, true love)”.

That is where my path of deconstruction of love and relationships is: beyond considering myself a monogamous person or someone who practices anarchic relationships, I do believe that we have to read, understand and take many things from the different models that exist to relate. We do not have to feel tied to one or the other, but we do have to be clear that it is okay to deconstruct the scheme and build as a couple (where appropriate) what works best for both parties.

When I started to study and they asked me why I had studied social communication, I always bothered saying that communication is the basis of all relationships and that I wanted to be an expert in it. Now that I write, read and investigate, that answer no longer seems so far-fetched… 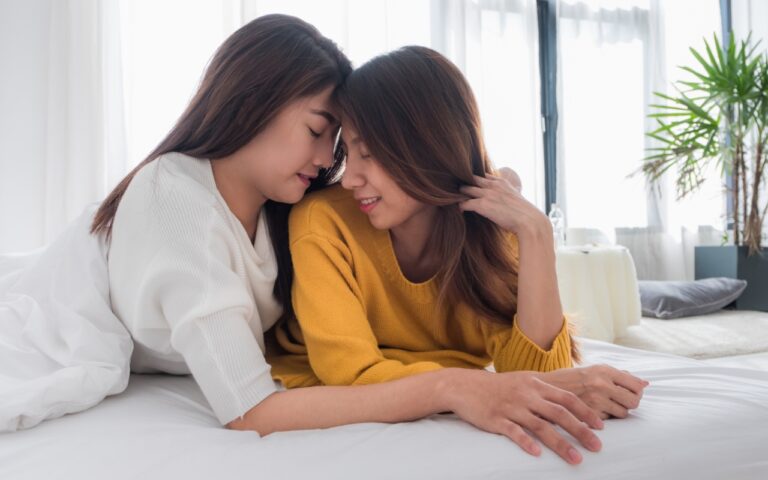 Types of romantic and sexual relationships: the diversity in the links