Kinsey scale, are we all bisexual?

In the diversity of preferences when it comes to relating sexually, heterosexual or homosexual conceptions tend to be radicalized, while bisexuality is relegated and viewed with distrust.

Many bisexual people on social media have denounced that they are discriminated against for being people more inclined towards one gender, but curious to experiment with the other, can we like both men and women in the same way?

If this question is difficult to answer, it is because nothing can fit one hundred percent in a box. And if something fits completely in there, it's probably because the locker was made for you.

When we don't know something with determination it can scare us. Going out with a bisexual person? What if we get into a relationship and then that person leaves us for someone of a different gender? What is bisexuality? Even those who are very determined about what they like – or so they think – even today question bisexuality.

But the psychoanalyst Sigmund Freud had already theorized in 1905 that all people were initially bisexual and then, throughout their lives, are inclined towards one sexual preference or another, or perhaps they will continue to desire people of both genders.

Following this line, it was the American biologist Alfred Charles Kinsey who in 1948 decided to go a step further to find out if heterosexuality was so rigid and if there were different degrees of heterosexuality, bisexuality or homosexuality.

What is the Kinsey Scale?

Also known as the Heterosexual-Homosexual Rating Scale, it is a seven-point record created to represent the findings of the research that the doctor carried out at the Institute for Sex Research – now known as the Kinsey Institute – with the Rockefeller Foundation financial support.

The results? That human sexuality was not as extremist as people thought, or as the most conservative sectors sought to maintain throughout history.

From this, they concluded that “sexual behavior, thoughts and feelings toward the same or opposite sex were not always consistent over time.”

X – No socio-sexual contacts or reactions

The research led by Dr. Kinsey focused on the sexual behaviors of theinterviewed people. What the scientists missed was that sexual behavior is not the same as sexual attraction.

In addition, a person's sexual feelings and behaviors do not necessarily reflect how they identified or were repressed by the contexts of the time.

Is it a representative scale?

If we analyze it with the lenses of the 21st century where more and more sexual identities and preferences became visible, it can be seen that on the Kinsey scale, asexuals would be grouped under the classification “of people who have not had any sexual contact”. However, asexuality is defined as the lack of sexual attraction to other people, and therefore this scale loses precision.

Likewise, pansexuality, defined as the attraction to people regardless of their gender, or demisexuality, in which there must be an emotional bond before moving on to sexual relations, are not clearly represented. The scale combines sexual attraction and sexual activity, but leaves out other sexual identities and preferences.

A study ahead of its time?

Beyond this, it is necessary to reflect on how, until not long ago, people from the LGBTTIQ+ community did not have the same human and civil rights as heterocis people.

Even today they do not have their recognition and respect in different countries of the world. Therefore, a study of this type, which in some way questioned whether heterosexuality was a rule and something natural, was an advanced study that generated great controversy in the scientific world. 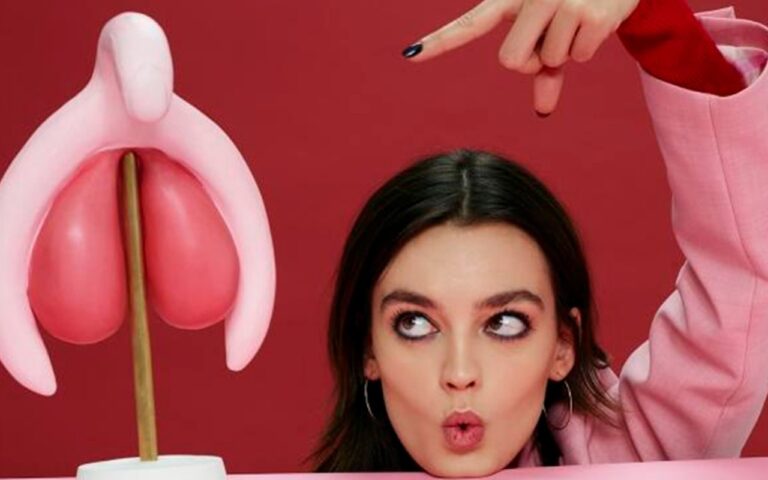 Sex education: What do we know about the vulva?